Lord’s Library contributor Jared Helms offers background and links to the best reformed hymns so you can listen to popular songs of the Reformation.
Check out Jared’s YouTube channel and two blogs: A Light in the Darkness and Blind Faith Examples.

505 years ago, Martin Luther posted his 95 Theses, marking the start of the Protestant Reformation. The Reformation was all about the recovery of sound Biblical doctrine after centuries of abuses by the Romish church. The inaccessible liturgy of the papist had kept doctrine obscure to most people, as they listened to words and chants in a dead tongue. As the reformers worked to make church services accessible to everyone, they needed new songs in the popular tongues of the common man.

They needed songs that would convey the truth of Scripture that man is saved by grace alone through faith alone in Christ alone so that all glory would be to God alone. Luther, John Calvin, and others understood the importance of the command in Colossians 3:16, and sought to use music as means of instruction and of worship:

“Let the word of Christ dwell in you richly in all wisdom; teaching and admonishing one another in psalms and hymns and spiritual songs, singing with grace in your hearts to the Lord.”

Some of these songs remain with us centuries later as reminders of the truths that are just as relevant and pressing now as they were then. Other hymns of the era are being rediscovered and reintroduced to our churches as we seek to reconnect to our history. Here we present some of the best Reformed hymns and highlight the most popular songs of the Protestant Reformation. 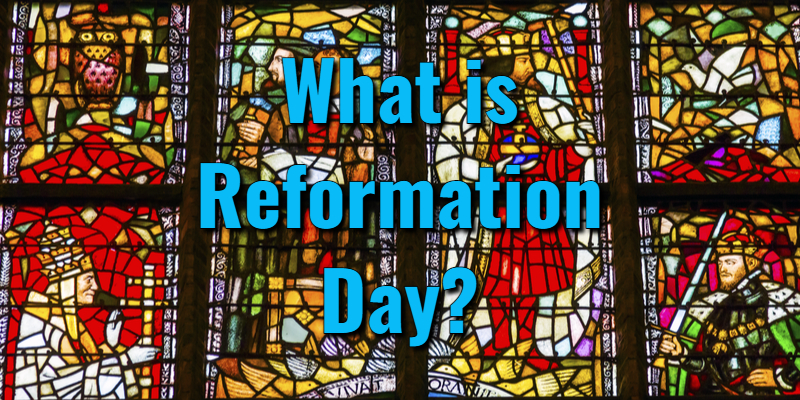 The Best Reformed Hymns: Songs of the Reformation

A Mighty Fortress is our God

Perhaps the best-known hymn to come out of the Reformation was penned by Martin Luther himself around 1529. This classic hymn is a commentary on Psalm 46, and seeks to impart comfort amidst adversity: a theme deeply resonates in any age but particularly pressing in the turbulent time of the Reformation. It is no surprise that A Mighty Fortress has been widely translated, and frequently covered. Here is a traditional performance:

Here is a more upbeat cover from the 2nd Chapter of Acts:

And here is a more contemporary take by Emu Music:

Praise to the Lord, The Almighty

This well-known hymn comes to us from Lutheran Pastor Joahim Neander with lyrics penned in 1680, and the tune taken from a collection of chorales published in 1665. It is another classic call to worship still widely used in churches today, and frequently covered. Here is a traditional performance from T4G Live 2:

And here is a cover by Fernando Ortega:

Out of the Depths I Cry to Thee

Another hymn with lyrics and melody by Martin Luther, this one was composed in 1524 and paraphrases Psalm 130. The theme here is the grace of God in Christ which alone is sufficient for our salvation. One can feel Luther’s passion in the lyrics, and those familiar with Luther’s story will understand why. Here is a traditional performance:

The song itself has not been as popular as a Mighty Fortress, however, a few contemporary artists have followed in the reformer’s footsteps by providing a new song inspired by Psalm 130. Here is one such offering from Keith and Krysten Getty:

To Avert from Men God’s Wraith

This hymn was penned in 1410 (some hundred years before Luther) by Bohemian reformer and martyr Jan Huss for use during communion. Luther adapted the song in 1524. The song reminds us why Christ underwent His passion, a fitting meditation before taking the Lord’s Supper. Here is a performance using a Welsh melody from the 1700s:

All Creature That on Earth do Dwell, (Old Hundredth)

William Kethe, a follower of John Calvin, provides this paraphrase of Psalm 100. The lyrics date from 1561 with the tune borrowed from the 1551 German Psalter. This a classic call to worship which has become quite popular in English. Here is a performance from the Gettys:

The metical psalter favored by Calvin, and by English reformers is not so well represented in our modern hymnody as the Lutheran tradition; nevertheless, it remains an important and valuable part of the Protestant heritage. The value of this particular tradition of psalm singing is likely to raise as more and more contemporary hymn writers and worship leaders are turning to the psalter.

Jesus, Thy Blood and Righteousness

Nicolaus Von Zinzendorf was instrumental in starting the Protestant mission movement. He was also a prolific hymn writer, with this being his best-known work. The title suggests the lyrics detail the atoning power of Christ blood. Here is a traditional performance:

Now Thank We All Our God

The Reformation did not go over without stiff resistance as Papists fought against Protestants for dominion of Europe in the thirty years throughout the first half of the 1600s. During this time Lutheran Pastor Martin Rinkart wrote the lyrics to this song of thanksgiving while surrounded by death. Composer Johann Kruger provided the music in 1647. Here is a contemporary performance by Nathan Drake:

The hymns of the Reformation deal very directly with the issues of life, applying very directly those essential Biblical teaching which have always marked the true Christian faith, and in all of this drawing directly from Scripture. This is why so many have stood the test of time. They are gems to be treasured (2 Timothy 1:14) and to be inspired by:

“That good thing which was committed unto thee keep by the Holy Ghost which dwelleth in us.”

As the Reformation was a pivotal point in history, and as all of us who are Protestant trace our lineage faith through the Reformers, it is not surprising that we have songs about the Reformation to go along with our songs from the Reformation. As we approach Reformation Day it seems to provide a few additional examples here to enhance our celebration of the recovery of The Gospel of Grace and Protestant roots: 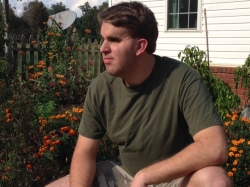