Lord’s Library’s Ministry Leaders Series is a collection of contributed articles written by ministry leaders on key Christian topics. In this submission, Christian writer Zach Wessell offers a creation story definition so you can have the Biblical creation narrative explained. You can find Zach on Fiverr.

The creation narrative found in the book of Genesis contains the Christian origin story of the world. This Biblical story is of the utmost importance for everyone of faith, as it explains the beginning of mankind’s relationship with God. In this resource, I’m going to offer a creation story definition based on the Book of Genesis. In addition, this article will offer commentary on how one might be able to view this creation narrative alongside more modern scientific theories.

Creation Story Definition: What Does the Bible Say?

There are two stories written of God’s creative work, told between Genesis chapters 1 and 2. There are some interesting differences found between the two stories as well. In the first account, God is referred to as Elohim, the generic word for God in ancient Hebrew. In the second story, God is referred to as Yahweh, His personal name. The first offers a brief overview of creation, telling mankind what God created over six days and how He rested on the seventh. In the second account, readers gain a more detailed and personal account of God’s creation of Adam and Eve in His image.

Faith and science don’t have to be mutually exclusive influences in our lives, though often the powers of this world make them out to be. The stories one reads in Genesis were never meant to be “scientific” reports on the origins of the world. The cultural influences of those times were much different than today as well. Today, mankind expects orderly accounts with specific facts in place, preferably in chronological order. In the days of old, people were quite comfortable and even preferred, to convey truth through stories.

And we must remember that the Bible is meant to be a factual, historical document breathed out by God.

That’s why, in Biblical accounts of creation, the text trumps any kind of scientific discourse. And what is the story? That God created the world and everything in it from an overflow of His love and a genuine desire to have a personal relationship with the ones He created. If the specific measurement of days and other minor details aren’t “correct” according to modern secular understanding, that’s just fine. The truth remains that God created the universe and everything in it in an intentional act of love.

Creation Story Definition: What Does the Bible Teach Us?

The creation story definition has powerful layers of meaning even beyond the surface. It is more than a narrative on the origins of our world: it is a deep look into the power of God in our lives and His supreme authority over all creation.

Consider for a moment how it is that God creates; He uses the power of language, speaking things into being. Likewise, today He still speaks powerful things into being in our lives as well. The very first verse of the Bible holds this truth in its very foundation. The power of God’s ability to speak life into the world is evident through the very framework of the Bible itself.

Through His empowering words, God desires to bring renewal to our lives. All we must do is accept His gift. We live in a fallen world, and no matter how closely one adheres to the faith, everyone will need renewal at various points in life. God wants to meet that need. He is the God of creation and renewal, molding us through our experiences into the people He has called us to be.

Throughout mankind’s history, God has shaped creation with His very hand. His work isn’t complete yet of course, and as one goes through life, one will continue to be tested. Ultimately, the creation story outlined in Genesis represents a beautiful reflection of how God creates new life within His creation, continually offering renewal through faith and repentance.

Christians look to the creation story definition in the Bible as a key reminder of His work in their lives. In this way, I’m going to outline the key parts of the Biblical creation narrative below:

Sin entered creation through humanity’s disobedience, and the world has never been the same. Even though one can ultimately gain salvation through faith in Jesus Christ, one still commonly experiences the darkness that envelops the world. Just because mankind is God’s children doesn’t mean that they don’t face the darkness.

When one faces a dark moment, God illuminates their life once again. In Genesis 1:3, God says to let there be light, and the light arrived. Just as He did at the beginning of time, God speaks the light of truth back into creation. The enemy’s weapon of choice lies cloaked in a veil of truth, and when one falls for those lies are the moments that they stumble into darkness. When one again remembers God’s Word through reading the Scriptures, prayer, and fellowship, those lies are dispelled. This is the first step towards the rebirth that He leads one to.

According to God’s will, living one’s life in the truth brings one to a place of growth. One starts to exude more and more of the image of God that He blessed humanity with. As one does, one grows closer to Him. Just as God made an expanse to separate the land from water, He created an expanse within creation that separates the former person from the person one can become through His grace.

With our character’s depth now expanded, the seeds that God planted within man find the nourishment they need to grow. One can start to respond to the call He has placed on their life, recognizing His presence in everything. One must continue to nourish the seeds He has planted through spiritual discipline, and then help to plant the seeds of faith in others. Just as the Lord filled the Earth with things that grow stronger day by day, He gives humanity a spirit and the ability to flourish into something more.

The life of faith is a journey of change and growth.

Because of the world’s fallen nature, one will experience different seasons in life, both good and bad. There will be times when one feels “on top of the world” and times one hits rock bottom. All of these seasons represent opportunities to change and grow. Use God’s Word as a light despite circumstances.

In the Bible, the sea is representative of evil and chaos. The great sea creatures who are depicted as rulers of this primordial chaos are found in this book and are under God’s supreme authority. Let this imagery serve as a reminder that God is more powerful than anything that one may fear. God has created everything and holds ultimate power over all of creation.

The climax of creation was when God created His masterpiece. He brought humanity into the world to bear His image, rule over everything He had made, and live out their lives in an intimate relationship with Him. He is our Father, and we are His children. It’s an incredible truth that is hard to grasp, that we ourselves are the love of our Lord’s life. But no matter how hard it is to believe, it is true nonetheless.

Our very identity is rooted in the image of God. When one draws closer to that image within, one finds renewal in life. Living out a life where one spreads love through The Gospel of the Messiah shows the image of the Creator more strongly in us and becomes a witness to the rest of the world. The new life that God creates in us becomes the catalyst to new life in others, completing the grand cycle that He has put in motion.

I don’t have to emphasize how important the Sabbath is to the faith. Life as God’s child centers around the commandment to obey the Sabbath. God provided a great gift in the Sabbath. It’s poetic that the final day of creation would so powerfully embody the restoration and renewal found throughout God’s work. The word שַׁבָּת, Shabbath, means to cease or to rest in ancient Hebrew, but when used in a slightly different form, is also the word for restoration.

If any doubt ever enters your mind regarding the holiness of the Sabbath, it must be dispelled. Through this day of rest, one emulates God on the final day and feels the full effect of the restoration and renewal that He leads us to. 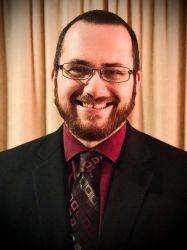 Zach Wessell
Freelance Writer at Jacob's Ladder Christian Content Writing
Zach is a freelance writer based in suburban Chicago. He has a B.A. in Christian Ministry from Trinity International University and is living out his calling to use the power of the written word for the cause of God’s Kingdom. A husband, father, and avid reader, he loves to explore the intersection where faith and everyday life collide. He specializes in content creation that fuels churches and ministries in their mission.

Zach is a freelance writer based in suburban Chicago. He has a B.A. in Christian Ministry from Trinity International University and is living out his calling to use the power of the written word for the cause of God’s Kingdom. A husband, father, and avid reader, he loves to explore the intersection where faith and everyday life collide. He specializes in content creation that fuels churches and ministries in their mission.

END_OF_DOCUMENT_TOKEN_TO_BE_REPLACED 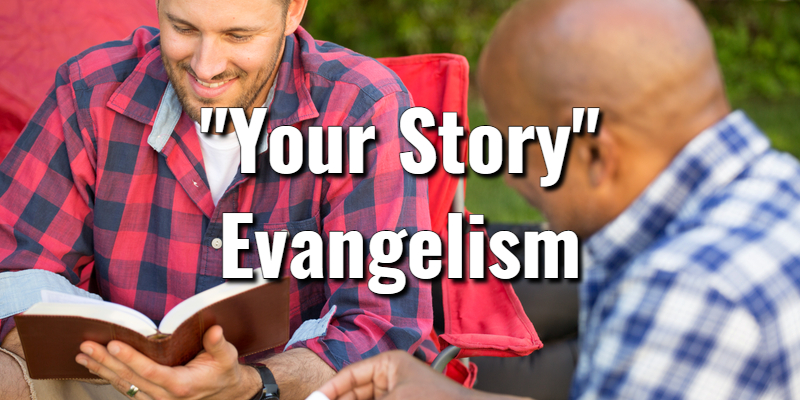 Considering “Your Story Evangelism” When Sharing The Gospel 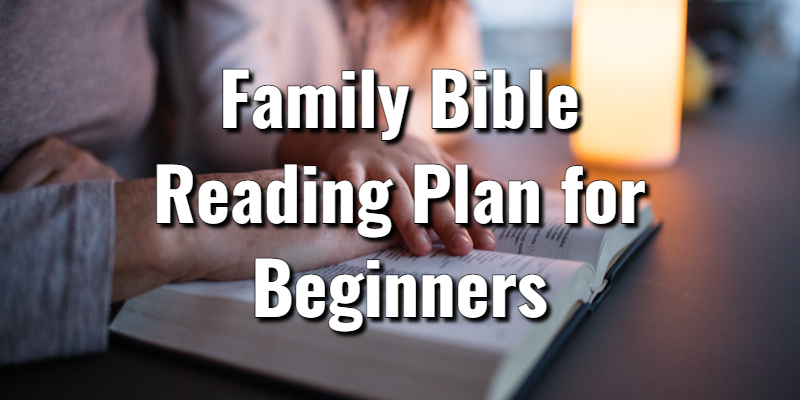 A 7-Step Family Bible Reading Plan for Beginners at Home 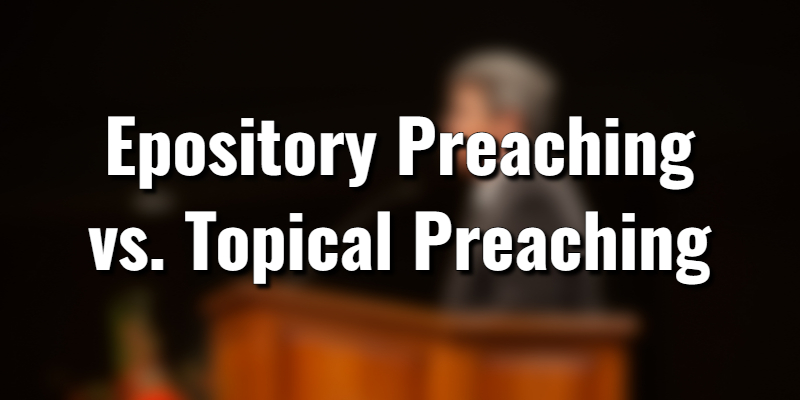